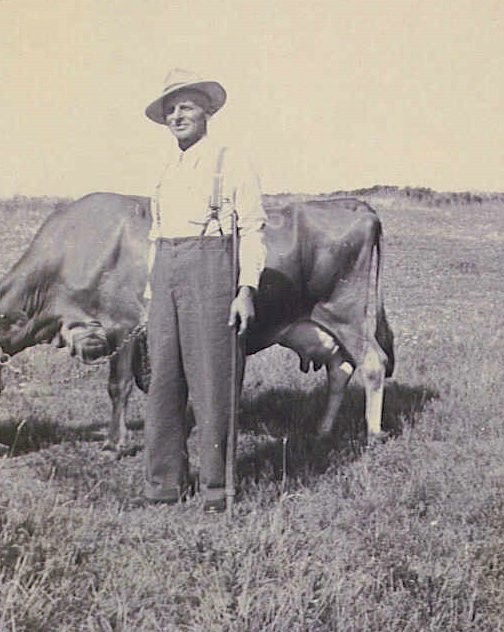 The first light-keeper of the Gilbert's Cove Lighthouse was "William (Willie Jane) Melanson," seen here with his jersey. William, his wife Mae and their son Percy, moved in the lighthouse in 1904. The light was first shown in August of that year. William ran the lighthouse until he reached the pensionable age of 75, at which time he handed over the offical duties to his daughter Louise. 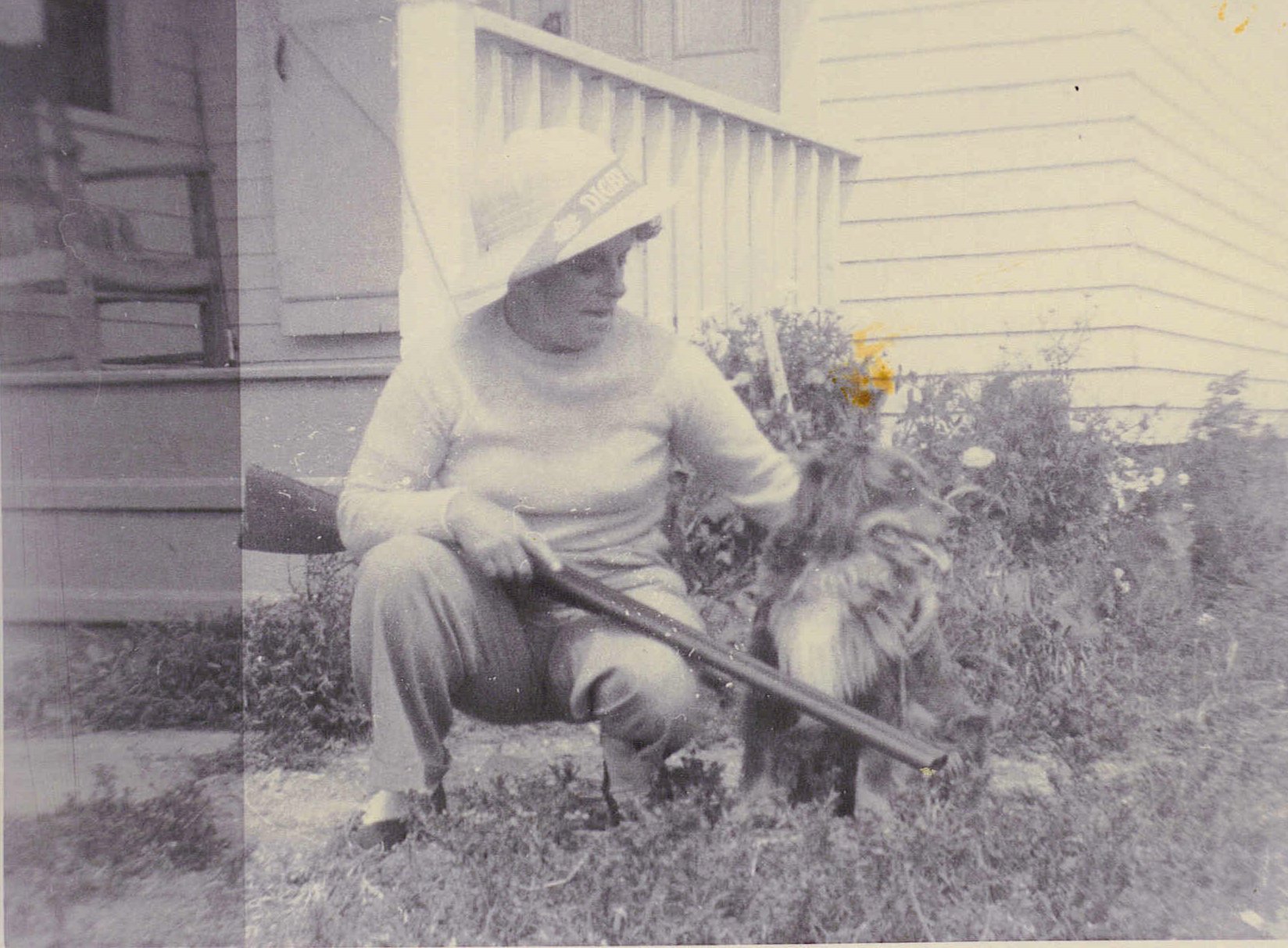 Louise seen here with her dog "pompey". Between William and Louise, the lighthouse remained in service for 68 years, until her death in 1972. The lighthouse remained closed for the next ten years until the Gilbert Cove and District Historical Society was granted stewardship of the property. 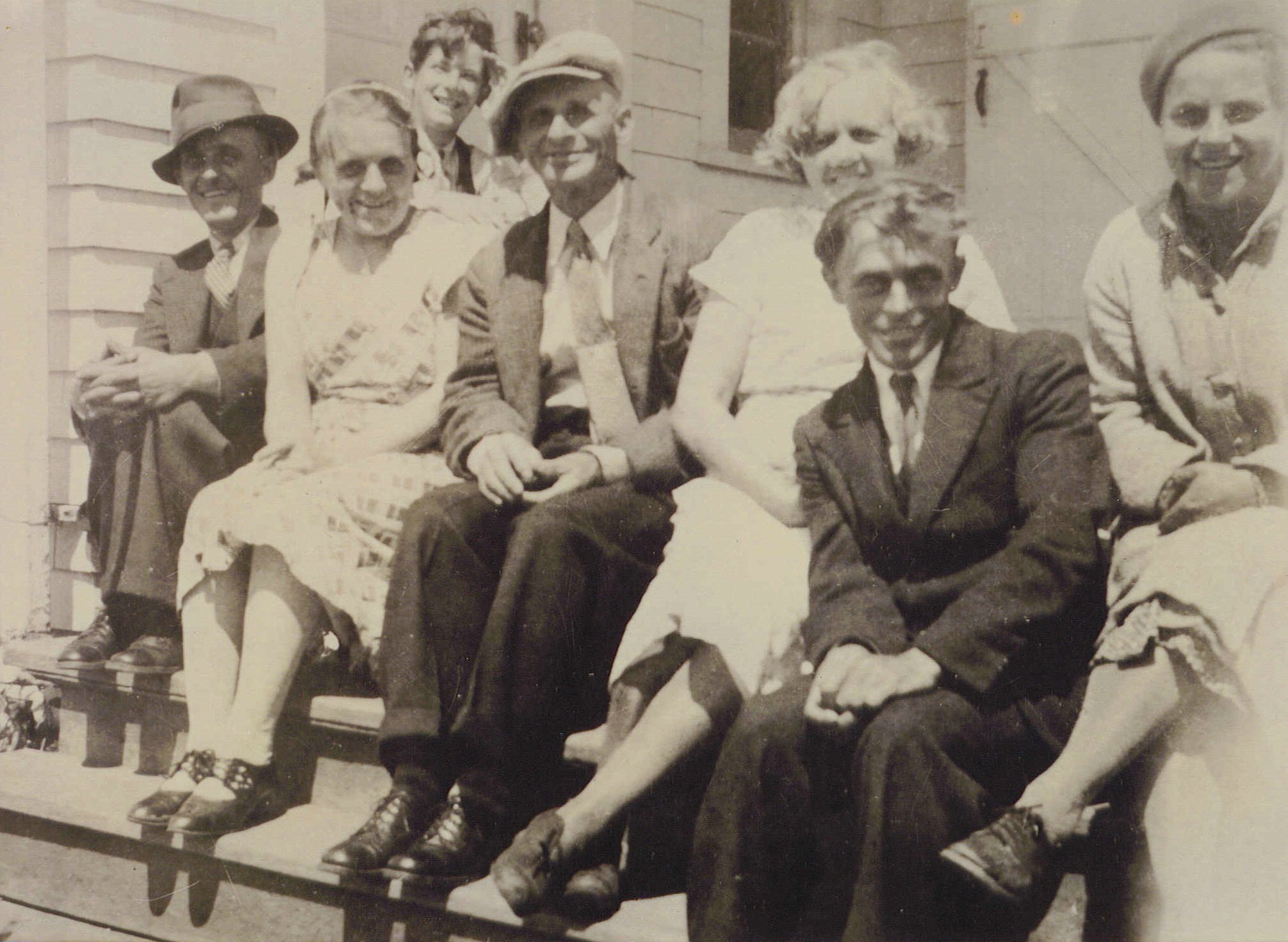 Seen here are William, his Wife Mae and four of their five children, and a young nephew in back.